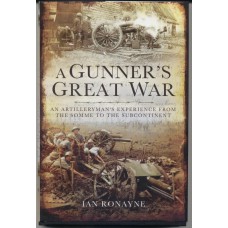 If the First World War had not happened when it did, Channel Islander Clarence Ahier would almost certainly had led a mostly unremarkable life. But it did, and in October 1915, aged just 23 years old, Clarence left his home and volunteered to join the British Army. He would spend the next two and half years serving as an artilleryman on the Western Front.