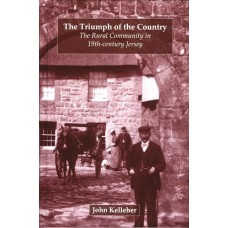 The Triumph of the Country - The Rural Community in 19th Century Jersey first appeared in 1994, when it immediately became the leading text on the period. The book examines the challenges made to the Jersey rural community's way of life in the 19th century, and the means it adopted to meet them. From the development of the parish organisation to the excesses of the Rose and Laurel political parties; from the rise of Methodism to the arrival of Catholicism; from the Jersey Cow to the Jersey 'Royal'; this work is essential reading for anyone who wishes to understand the forces which shaped modern Jersey.